Frankfurt, 19.01.2022. Biodiversity is reflected in the enormous variety of living organisms and their extremely diverse forms and functions. This complexity is the result of 3.5 billion years of evolution. Today, genomic analyses of organisms provide comprehensive and new insights into the origin and development of our environment. Thus, the LOEWE Centre for Translational Biodiversity Genomics (TBG) has set itself the goal of unlocking the genetic basis of biodiversity in order to use it for basic and applied research. It is also essential for the protection of biodiversity to recognise, understand and document it.
From January 2022, the state of Hesse will fund the LOEWE Centre TBG for another three years with a total of around 15.6 million euros. In addition, there will be funding for construction measures amounting to around 2.6 million euros.


Researching the genomic basis of biological diversity – that is the mission of the scientists at the LOEWE Centre for Translational Biodiversity Genomics. They study plants, animals, fungi and lichens for development and adaptations not only of individual genes and species, but also of entire ecosystems. While biodiversity research, which has grown considerably in importance, has so far been predominantly organismic and ecologically oriented, major technical-methodological advances now allow biodiversity research to also be genomically oriented. This is accompanied by a broadening of the scientific questions: the genome data obtained are relevant for various concerns of society – often with a very concrete application, for example for the discovery and use of natural substances for new medicines. Genetic information also offers new opportunities for the sustainable use and management of biological resources.

“Since LOEWE funding began in 2018, we have sequenced around 400 different species for the first time, including trees, insects, mammals and lichens. The analysis of these genomes has provided a multitude of new insights, including adaptations to environmental conditions, the production of natural products and evolutionary developments. In parallel, with our own laboratory centre and powerful bioinformatics, we have established infrastructure that enables researchers to efficiently generate and evaluate their genome data. This puts us in an excellent position in the second funding phase to work out the application relevance of the results – from nature and species conservation to medical applications,” explains LOEWE-TBG coordinator and spokesperson Prof. Dr. Axel Janke.

In the first funding phase, for example, data from 300 beech trees were used to identify sections in the genomes that indicate drought resistance, so that more targeted forest management will be possible in the future. As another example of new insights, in the genomes of 50 giraffes from all four giraffe species across the entire range, no evidence could be found that they mate with each other and thus hybridise. Thus, stronger protection is being provided by the Giraffe Conservation Foundation. Genomic analysis of animal toxins is helping to identify new active ingredients for medicines.

“Over the next three years, the focus will be on international networking, both with major genome initiatives such as the Earth BioGenome Project and the European Reference Genome Atlas (ERGA), and with stakeholders in the field of application. We would like to use the findings, but above all the ‘know-how’ gained in our projects, to bring the importance and possibilities of biodiversity genomics closer to a wider circle of researchers, applying institutions and the interested public. With the approved funding from the state of Hesse, we can further establish LOEWE-TBG as the centre of a vibrant network,” emphasises deputy TBG coordinator Prof. Dr. Steffen Pauls.

Prof. Dr. Klement Tockner, Director General of the Senckenberg Gesellschaft für Naturforschung, the leading institution at LOEWE-TBG, very much welcomes the further funding of the centre: “With the research at Senckenberg, we want to make a forward-looking contribution to tackling the major challenges of the Anthropocene – the age in which humans have become the formative influence on biological, geological and atmospheric processes on Earth. The extremely informative genomic analyses of the LOEWE Centre TBG make it possible to capture and understand the immense value of biological diversity for nature and for us humans. This is done in close cooperation with outstanding partner institutions. In this way, excellent research synergies have been formed over the past three years, which we can now further expand and want to consolidate.”

LOEWE-TBG has been funded by the Hessian “State Offensive for the Development of Scientific and Economic Excellence” (LOEWE) since 2018. With this research funding programme, the state of Hesse has been providing impetus for science policy since 2008, thereby sustainably strengthening the Hessian research landscape. 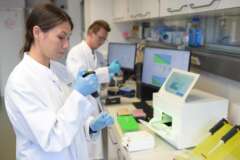 About 400 different species have been so far analysed in the LOEWE-TBG Laboratory Centre, in order to make biodiversity accessible for basic and applied research. Photo: Sven Traenkner SGN 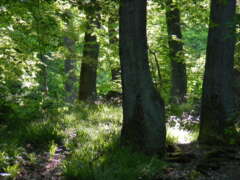