The origin of the library is closely associated with the development of the „ Naturforschende Gesellschaft zu Görlitz“, founded in 1811. The collection of books primarily originated from donations, and in a similar way as the collections of skinned birds, plants, minerals etc. grew constantly. The Society therefore determined in 1827 the necessity to establish a library. This was accomplished three years later, when for the first time a librarian was employed, who was administrated the literature management. In this year systematic utilisation and expansion of the library started with a stock of 434 volumes that today has increased to ca. 145.000 volumes. This expansion was primarily due to the exchange of publications that started in 1836, when the second volume of the “Abhandlungen der Naturforschenden Gesellschaft zu Görlitz” was published. Since 2008 this periodical is continued as “Soil Organisms”.

Today the “Senckenberg Museum für Naturkunde Görlitz” also publishes the series “ACARI“ and “Peckiana“. All three periodicals as well as the “Berichte der Naturforschenden Gesellschaft der Oberlausitz“ are distributed by the library via exchange of publications with more than 350 partner institutions worldwide.

For a long time the library received poor treatment from the “Naturforschende Gesellschaft zu Görlitz”. Regularly financial resources were insufficient for planning tactical purchases, especially in case of new accessions; a fact that, for example, led Mr. Julius von Zittwitz ( Head of the Society from 1861 to 1867 and from 1869 to 1873 ) to reproduce by himself the plates of G. R. Gray’s famous ornithological publications, including 800 gaudy drawings of rare birds, which are still owned by the library. The library stock also increased by legacies and bestowals from members and friends of the Society.

In 1842 a stock of already 2084 volumes was present in the library. From december 1866 onwards, the director Dr. R. Peck also took the function of a librarian. Since that time the respective curator or the museum director was also in charge for the supervision of the library.

In 1836 library sessions and reading hours were established for the members of the Society, and in the summer of 1882, the library was made open to public for the first time, once a week on wednesday afternoon, extended in  1904 when saturday afternoon was added as a second opening day.

After the First World War, Mr. H. von Rabenau became head of the library and initiated a reorganization. As a result of this new structure books and journals were more clearly arranged and the stock grew up to 30.000 volumes.

There were no losses during the Second World War. Starting with 1953, the museum was managed by the “Staatssekretariat für Hoch- und Fachschulwesen” in GDR. Now the library received grant for the expansion of stocks, especially for literature that would enhance the research profile of the museum. Thus the foundations of today’s library stock were laid, regarding both composition and quantity.

In 1967 the first trained librarian became operational in the library. Until that time the library was located in the main building and grew more and more cramped over time. Parts of the stock of journals had to be relocated. The situation improved in 1995, when the library moved to  the newly reconstructed building at MUSEUM 2.

Following the merger of the “Staatliches Museum für Naturkunde Görlitz” and the “Senckenberg Forschungsinstitut und Naturmuseum” 2009, the library too is able to open up new perspectives. For example, it was possible to create two additional  part-time jobs in the library, and a constructive cooperation is developing between the members of the Senckenberg library network. One of our main tasks now is to make this network’s total stock, approximately one million of volumes, available online via a WEB-OPAC database application. 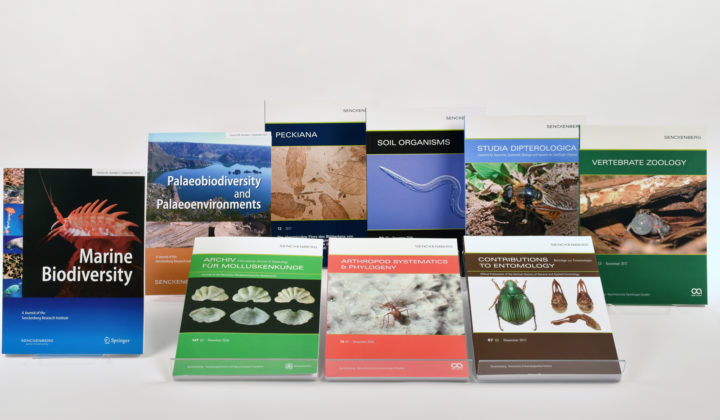 Profile of the library

Winter and autumn vacation in Saxony: Monday to Sunday 10 – 18

Admission is free on every 1. sunday of the month!

Your donation for the Senckenberg Society

With your donation, you help the Senckenberg Society to conduct natural scientific research and make our results accessible to the public through publications, exhibitions, educational projects, and many other initiatives.

Thank you for your support!